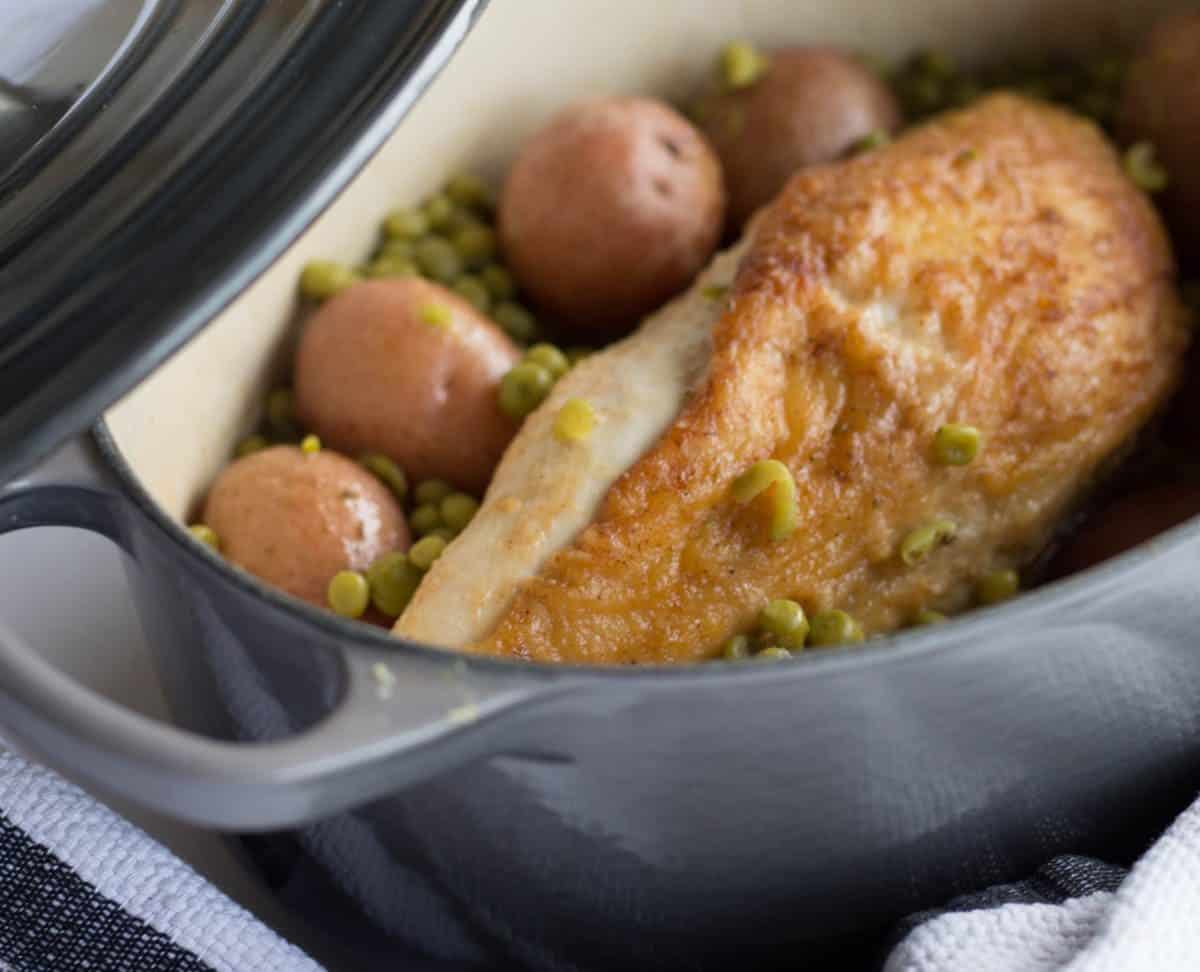 A simple Chicken Vesuvio recipe that’s full of flavor and serves up beautifully.  I keep a small mason jar of the seasoned flour in my pantry,  adding the Parmesan when I’m ready to make the dish. Chicken Vesuvio reminds me of a classic 1970’s meal, so grown up and ready for a cozy dinner for two.  This dish is incredibly simple to prep.  I can pop it in the oven, set the timer,  and let it cook while I’m doing other things around the house.

My recipe calls for two two bone-in chicken breast but when it was time to cook it up I decided to try using one insanely large chicken breast which weighs in a 1.25 pounds! It turned out just fine and was easy to divide into two pieces.

I mostly use canned chicken broth and this recipe calls for just a half cup, instead of tossing the rest of the can you can freeze the remaining broth in  cube trays.

In a medium bowl combine the ingredients listed for the seasoned flour.

Dredge the chicken in seasoned flour.

In a 2.75 quart Dutch oven heat oil and butter over medium heat and brown chicken.

Remove chicken and set aside.

Add the chicken broth and stir combining the pan drippings.

Return the chicken to the Dutch oven.

Bake uncovered at 350 degrees for 35 minutes.

Baste chicken with drippings in pan juices and continue baking for an additional 10 minutes.

Add peas to the baking dish arranging around the chicken and potatoes.

Bake for another 5 minutes to heat up the peas.

Remove from oven when chickens internal temperature is 160 degrees, 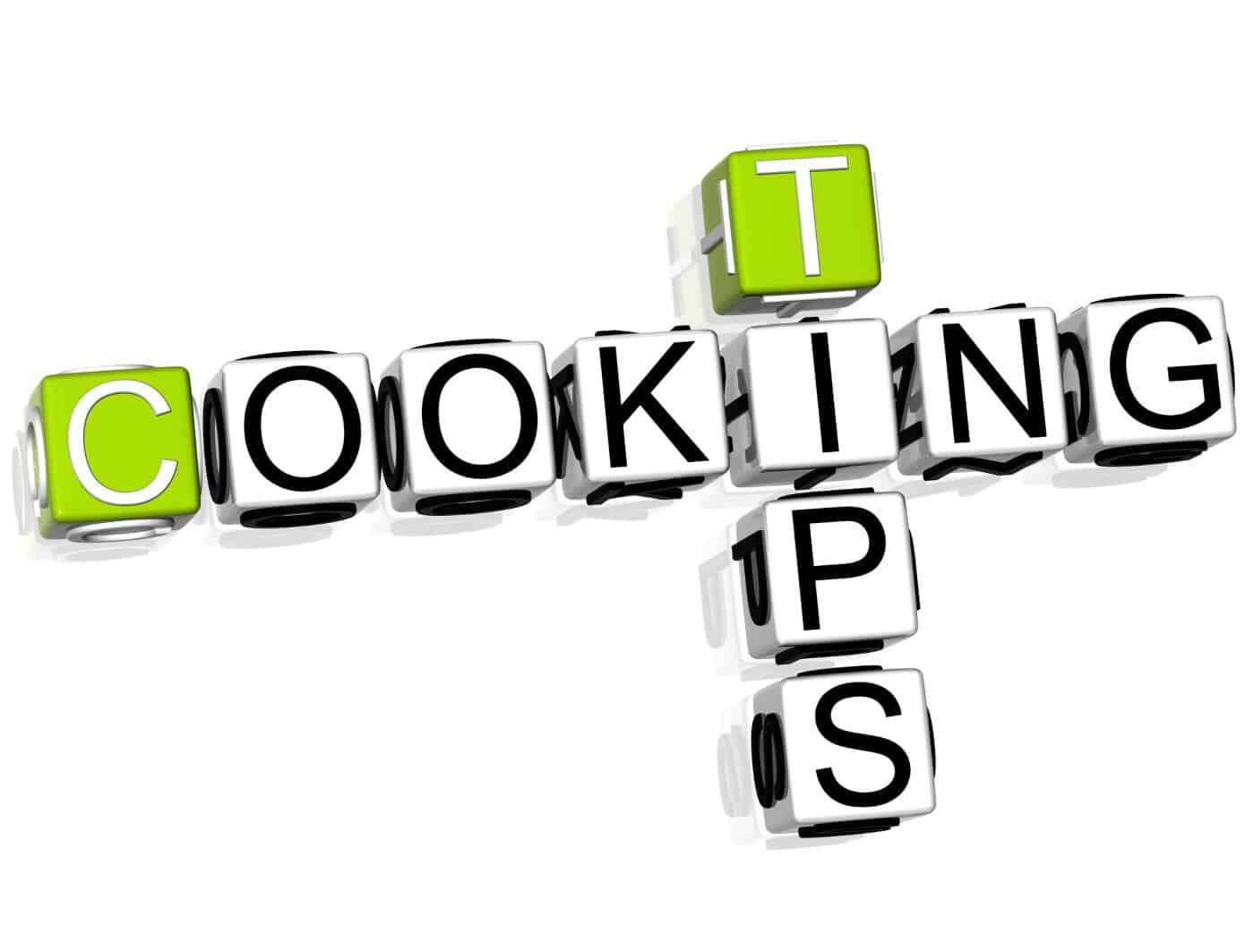 Cooking Tips for Meals with More Flavor in Less Time 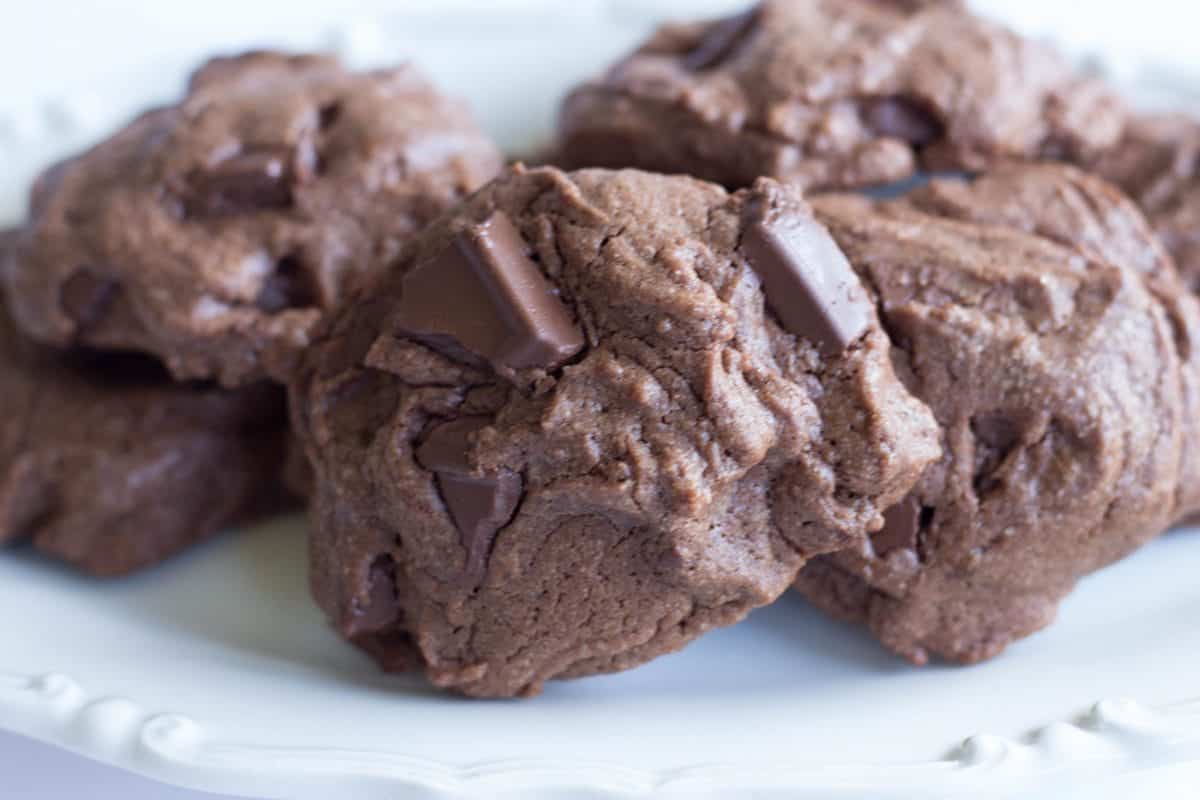 Scrumptious dishes are made in my 90 square foot 1960’s apartment kitchen. You've come to the right place for simple tasty recipes with easy to follow instructions. Born in Southern California and raised in the Midwest my cooking represents the best of both kitchens.
read more 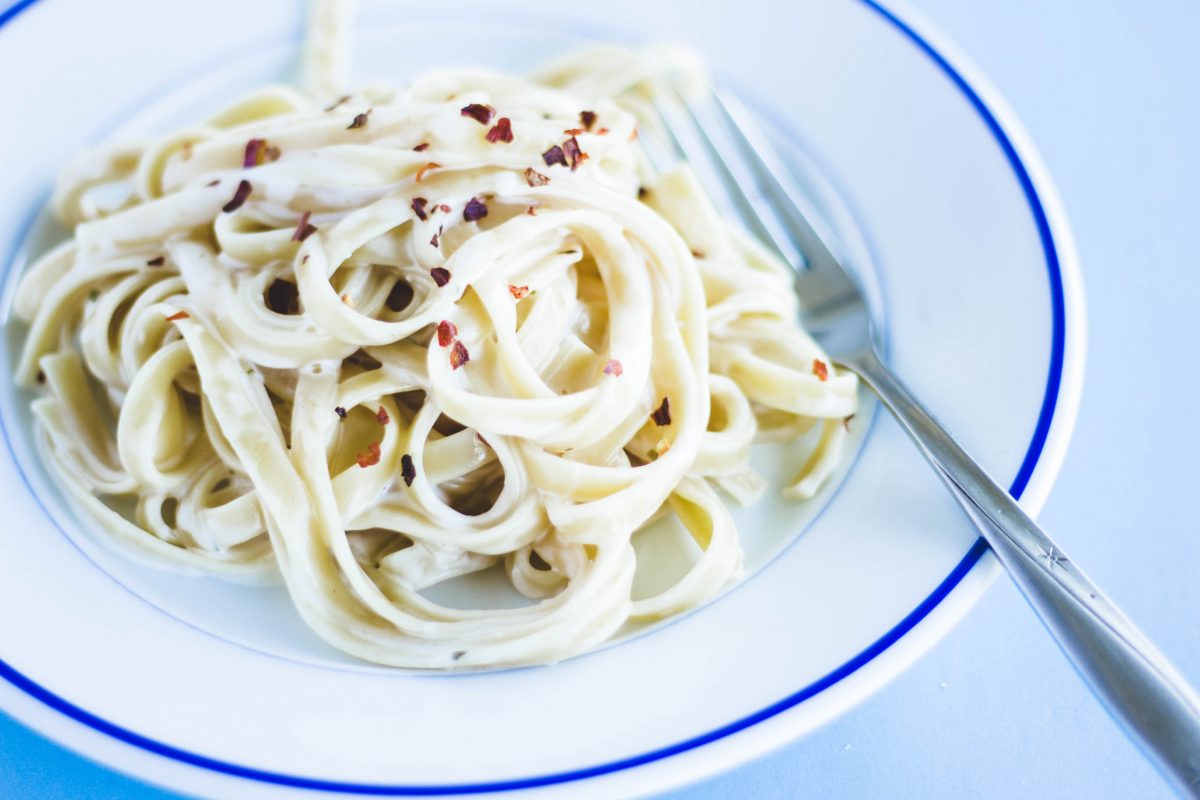