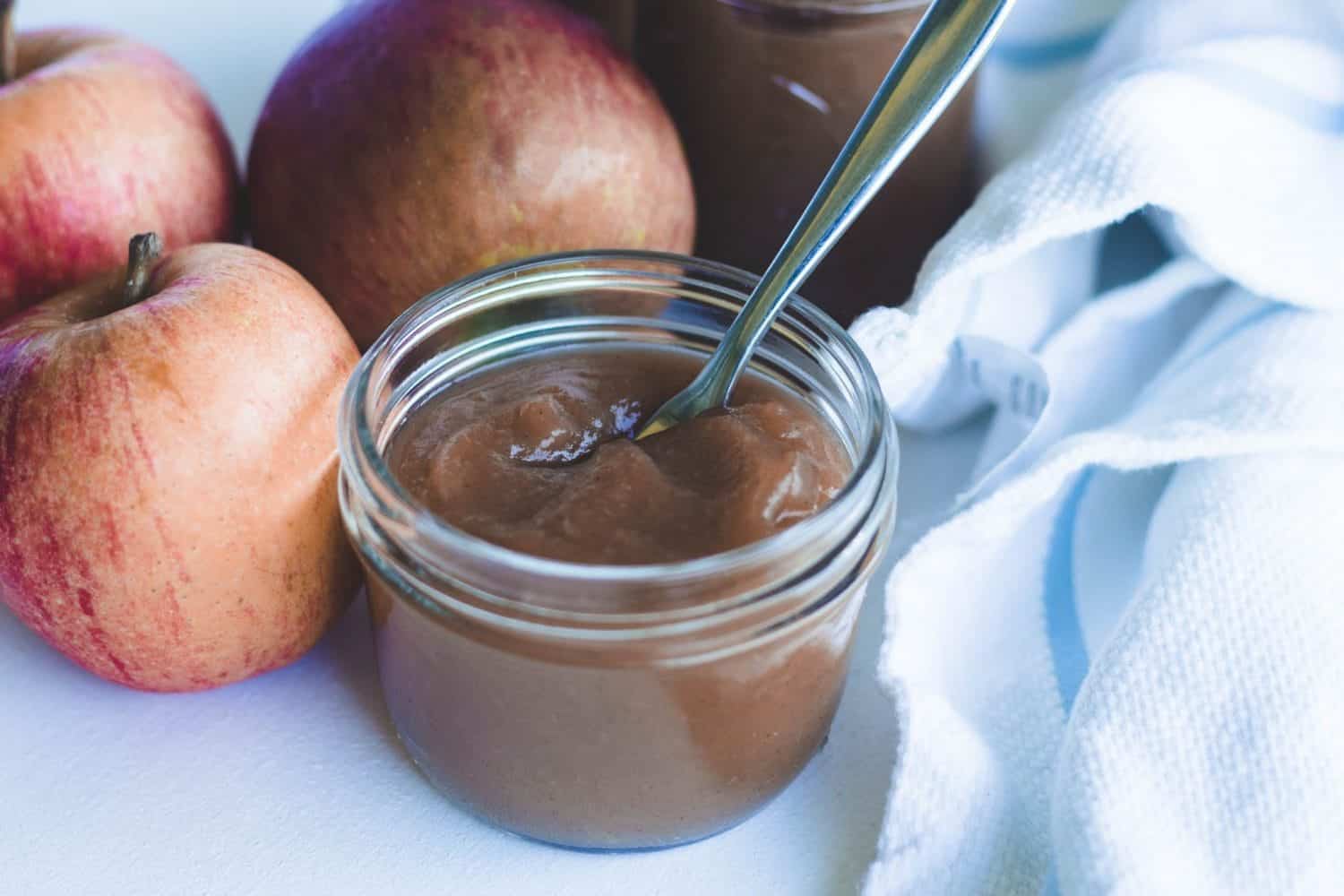 How to Make Apple Butter

I recently learned how to make apple butter and I was a little embarrassed it took me so long to start making my own since its so easy. Apples have so many varieties with subtle differences in taste that you can combine varieties to come up with your own perfect combo. Once you taste the homemade version, store bought is seriously not worth a trip to the store.   Sure it takes a couple hours to cook, but hands on time is minimal.

Peel, core and cut the apples into quarters.  If you can, use organic apples.  The apples will cook down considerably and aroma of the apple cider vinegar dissipates during the cooking.   Bring the apples to a rolling boil and lower heat to a simmer. Stir the mixture occasionally to avoid the apples sticking to bottom and burning.

Easy Way to Peel and Core an Apple from Real Simple

After about an hour and a half, remove the Dutch oven from the heat and cream the apples using an immersion blender, blending until you have a smooth creamy texture.  Return the Dutch oven to the heat and add the brown sugar, vanilla and cinnamon.  Mix it all together and continue cooking for another hour or so, to meld the flavors together. Stir occasionally to avoid sticking and burning on the bottom of the pan.

What are the best types of apples to use to make apple butter?

I like to use  Gala or McIntosh apples and add in one or two Granny Smith for a nice flavor combo of sweet and tart.  As you would guess, the sweeter the apple the less sugar you will need.  Although softer apples will cook down quicker,  I don’t limit myself.   A few common apple varieties apples that make a nice apple butter either by themselves or mixed up include:

What’s the difference between apple butter and applesauce?

Applesauce is a little thinner is consistency and although the ingredients are similar the apple butter is cooked for a longer time.  The flavor of applesauce is lighter and less intense than apple butter.

Does apple butter need to be refrigerated after opening?

Prepare your mason jars by washing and rinsing, then boil the jars  for about 5 minutes. Carefully remove the jars from the boiling water and carefully pour out the hot water. When the jars are dry fill with the apple butter. Most mason jars have a freeze-fill line that shows you how much food you can safety put into a glass jar without risking breaking when the contents freeze and expand. The line is usually about an inch down from the top of the jar.  Only freeze food in straight-sided jars, not jars with shoulders. 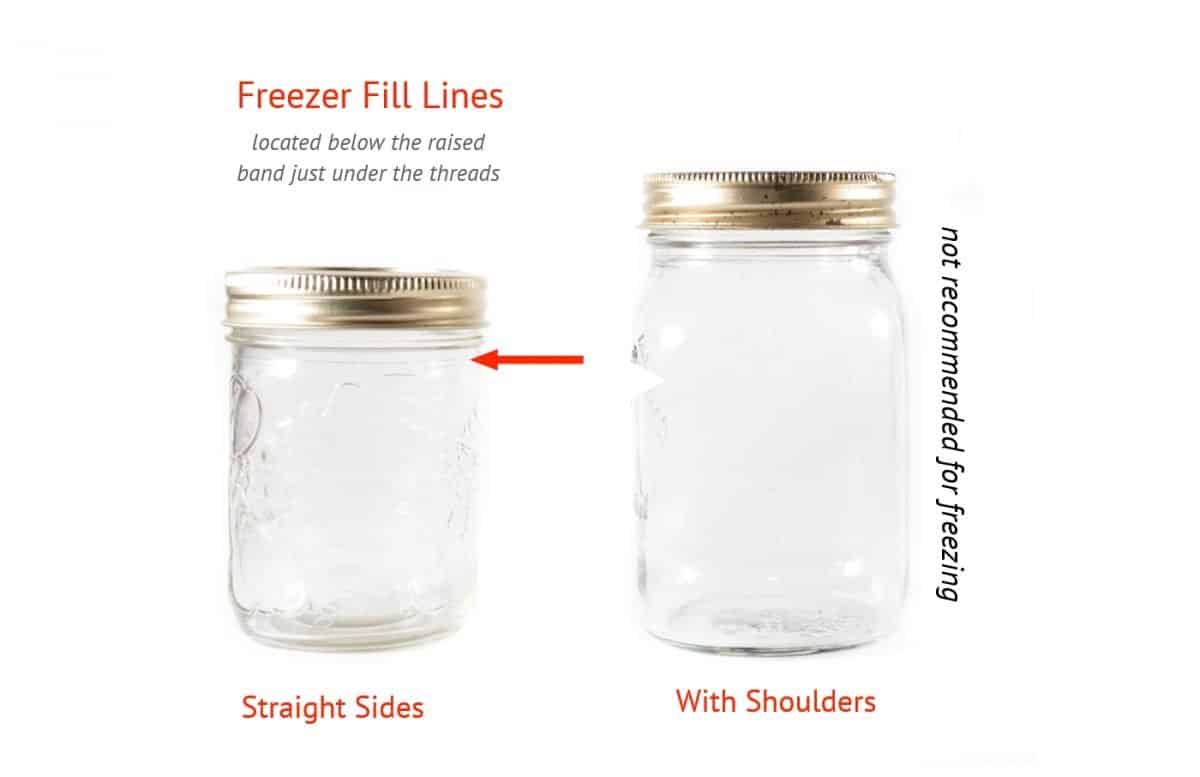 Some of my favorite ways to use apple butter

If your not canning and wil just freeze your apple butter, make sure to still sterilize the mason jars in boiling water. 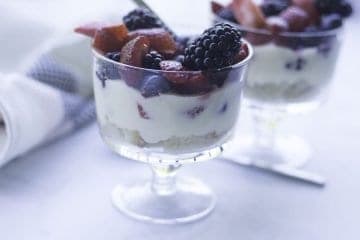 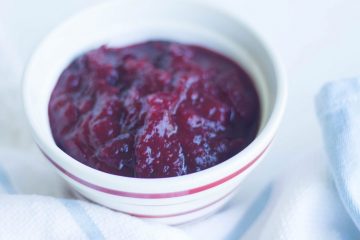 Scrumptious dishes for two are made in my small 1960’s apartment kitchen. I learned to cook Shepherds Pie in England and Classic Marinara while living in Italy. You've come to the right place for modern comfort food recipes with easy to follow instructions. Born in Southern California and raised in the Midwest, my cooking represents the best of both regions with an added touch of Southern hospitality.
Read More About Me